Sea Salt vs Table Salt – Which One Is Best?

There are several ways to compare sea salt vs table salt. The two can be compared in terms of taste, texture, cooking ease, processing, iodine content and sodium content.

They both taste salty. So, there is not a lot of difference there. The coarser varieties derived from seawater may taste a little saltier. You may be able use less and still get the flavor that you want.

The texture is actually one of the benefits of sea salt when it comes to cooking. It does not dissolve as quickly as regular table salt. If your goal for a recipe was to have the salty granules visible on the outside of a roast, for example, you would definitely want to choose coarse grain sea salt.

Another comparison of sea salt vs table salt

There may be some sea salt health benefits having to do with the lack of processing. The salts are gathered in the same way that they have been for thousands of years. Seawater is allowed to dry in the sun and the granules are left behind.

The salts from seawater may contain a variety of different minerals, although this will vary from one batch to the next. Manufacturers are not required to list any of the trace minerals that may be present.

The product that is usually described as table salt in the sea salt vs table salt comparison comes from underground deposits of salts from ancient seas. A great deal of processing is required to remove other minerals. The salts may be deposited in clay or limestone, for example. Those things have to be removed before the product has the salty taste people want. 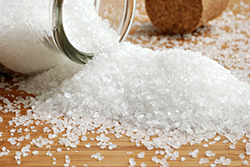 After the salts are mined and other minerals are removed, manufacturers add iodine. Iodine is a trace nutrient essential for good health. Iodine deficiencies were relatively common in the U.S. until manufacturers began fortifying the mined salts with the nutrient.

Iodine is essential for normal thyroid function. Deficiencies cause goiters and a host of other health problems. The recommended daily intake for adults is just 2.2 milligrams per day. If you take a regular multi-nutritional supplement, you don’t have to worry about getting the nutrient by salting your foods. It is probably better for your health to use a supplement anyway.

When it comes to sodium content of sea salt vs table salt, both varieties contain the same amount. Sodium is also essential to human health but sodium deficiencies are practically unheard of.

Athletes and elderly people living in very hot environments are really the only ones who are at risk. They can suffer from electrolyte imbalances if they sweat a lot and drink only plain water. Dehydration, however, is more common than electrolyte imbalance. Sports drinks can replace lost electrolytes, if that is a concern.

Regarding sea salt vs table salt, the average person should get less than 2300 milligrams of sodium per day. The risks of excessive sodium intake include high blood pressure, heart disease and kidney problems. Once you pass the age of 50, you should consume even less sodium. Less than 1500 milligrams per day is the current recommendation.

Even though both taste the same and contain the same amount of sodium, I personally prefer sea salt when comparing sea salt vs table salt. I feel like I can use less of it and get the same flavor. Not too long ago it what hard to figure out where to buy sea salt. But today, it is in the grocery stores and it costs about the same as the other kind.

While there might not be any real sea salt benefits for your health, I feel it is still the best choice for cooking and eating. It’s natural. It tastes good and it could help you reduce your total sodium intake by using less of it. 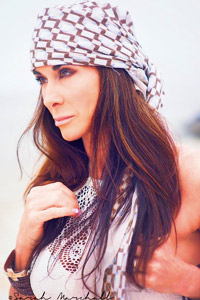 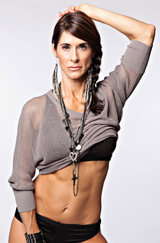